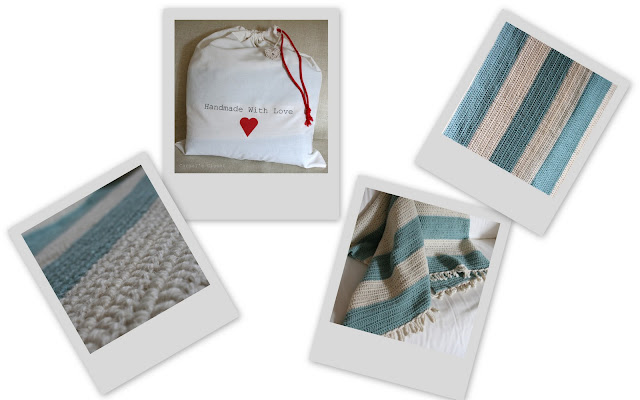 The Mother-in-Law Blanket is finished
and in the bag - literally.
To present this as a gift, I decided to make a bag
which also doubles up as a cushion.
The blanket gets bunged in the bag when not in use,
and acts as an extra comfy cushion.
Nifty, heh?!  I have amazed myself here.
To say that:
would not be exaggerating.
And I think I even managed to spell that right.

It weighs a tonne.
Well , I am exaggerating there,
so, a lot.
The next challenge is getting it down to Victoria
without it costing more than the wool cost
in June 1986.
Yes, I found the receipt in the Myers bag
the wool was still in.  I have put a copy
on the back of  the cloth bag.
I was tickled pink to come across it.


For miles of creation,
grab a coffee and
call into Kootoyoo
Carmel
x
Posted by Carmel's Closet at 9:28 AM 21 comments:

Email ThisBlogThis!Share to TwitterShare to FacebookShare to Pinterest
Labels: crochet, My Creative Space

And so, they have been back at school for nearly 4 weeks now. The train has left the station and won't be stopping until the Easter holidays.  Today I took a moment to look through the summer holiday photos and take a breath.  Aaahhh.

By week 3 The Fairy already had nits and although dealt with swiftly, if somewhat reluctantly, I've been itching for the past week.  I've got no one to comb through my hair for me.  Tomorrow will be spent treating and combing through best I can by myself.

My Mr T took part in his school swim carnival today.  He was not keen on competing at all, but after winning the first race there was no stopping him trying them all.  I was surprised he wanted me to go along.  It felt good that he was happy for me to be there.  He came home with a handful of ribbons.  Proud Mum Moment.
Hoping everyone out there in blogland
is having a lovely week.
Carmel
x
Posted by Carmel's Closet at 5:53 PM 3 comments:

Email ThisBlogThis!Share to TwitterShare to FacebookShare to Pinterest
Labels: summer 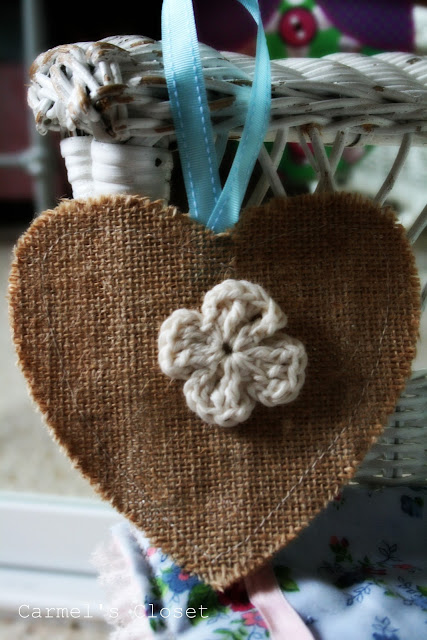 With Valentine's Day around the corner,
I'm working with hearts this week.
I made and sent one of these to my sister for Christmas.
My niece has now put an order in,
so this one will be making its merry way to London.
My sister has also asked me to make some bunting for her guest room.
For someone who once asked me
'can you buy me something for Christmas this year, instead of making it'
I don't know whether to be mouth agape or flattered.
Head over to Kootoyoo
for more creative spaces
Carmel
x
Posted by Carmel's Closet at 7:06 AM 8 comments:

Email ThisBlogThis!Share to TwitterShare to FacebookShare to Pinterest
Labels: heart, My Creative Space

I'm pretty chuffed or as would be said in Oz 'stoked' to have received this award from Melissa of Miss Sew & So.

A few months ago, as happens in blogland, I met Melissa.  Originally from the Northern Beaches she upped her life of hubby and 3 kiddos and embarked on an adventure in the northern hemisphere, setting up home in a North of England country town.  So you see we are kind of living our lives in reverse.  Thanks to Melissa for thinking of me, although I do feel I now have to rise to some sort of challenge in the style department. 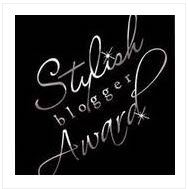 To participate in this Award I share 7 things about me and pass it on to other bloggers.

One
First there was just me going about my business, just me on my own, not thinking at all about marriage, white dresses and walking up any aisle for anyone, anytime soon.   My vision of the future was me living in a little cottage in Ireland and morphing in That Crazy Old Woman that you have to have down your road, merrily crafting my way into oblivion.  Just to get it out of my system before this process began, I zipped down under to do that backpacking thing for a year.  Er hm, that was 19 years ago and I'm still here, because ...

Two
... One day in Downtown Manly, minding my own business, (as I was prone to doing) I bumped (literally) into this funny man, who turned out to be rather charming in the got my heart racing kind of way.  And then as they say, the rest is history.  Cue the white dress and walking down the isle for this special certain someone - who if you are reading this - can you please sort out the ceiling fan in the Fairy's room.

Three
For a couple of years My Mister and me rolled along, with brief encounters as he was usually to be found at the bottom of the deep blue sea, being a submariner and all that.  During his absences I crafted, practically decoupaging every object in sight.  I became the proud owner of a sewing machine and took a course to match.  After nine months with my head in a bucket and frequent IV hydration drips in my arm, along came Mr T (now 13 and taller than me).  So I became a Mummy, which is just an open licence to craft full time and egg boxes come free with eggs!

Four
And then we were four. Just as my Mr T was leaving early childhood and non-stop crafting behind my Miss O (aka Fairy, Monkey and things I never call her out loud) entered the picture.  This meant the non-stop crafting could continue and it's still going - she's now 7.

Five
Since having children my tear ducts have gone into overdrive.  I cry at concerts and award ceremonies even when I don't have a child of my own in the event.  When the 'Slipping Through My Fingers Song'' from Mama Mia starts I am just finished, it's over - haul out the tissues please.

Tragically there are even adverts that bring a lump to my throat.

Six
At the age of 8 I learnt to crochet staying with my cousins on their farm up on  a hill in Ireland.  Sleeping 4 in a bed, two up, two down crochet hook in hand we spent nights hooking up row after row learning all the basic stitches.  I was addicted for a while and crocheted up a storm of odd remnant looking things that were clothes for my dolls.  When I returned to the farm on the hill the following year the cousins had moved onto making rugs.  This never became an addiction.  Last year my Little Miss asked to learn to knit, so we bought a book and needles and wool and off we set.  From this and being inspired by some of the beautiful blogs out there I returned to crochet. I'm still self teaching trying to learn how to read patterns, but not getting too far as it all looks like a mathematical problem to me, which never was my forte.


Seven
I'm thinking, 'make it good, don't waste this one'.  So blogging ... I started it as item of curiosity.  It started with Shannon Fricke and a teal velvet couch.  Then link after link, I became mesmerised by this online world. For over a year I visited blogland almost daily to view the news in styling and crafting.  One morning I had 5 minutes to spare and wondered if it was difficult to set up. No was the answer to that one.  So what next?  Didn't have too much trouble with that either, being a bit of a chatterbox.  And I love it!  I've come across many interesting gals out there, with positive outlooks and inspiring postings.  My grown up crafting me has been re-awakened and fired up. It has been a tool for me to believe in what I can do and I have been involved in a few projects recently that have resulted directly from my blog - more about that in a few weeks.  Man O'Mine honestly thinks it's a bit weird, but appreciates what I get out of it.  The upcoming year promises to be a busy one full of new adventures fuelled by my blogging exploits.


Pass it On:
There are so many beautiful blogs out there that I delay my day by visiting.
I would like to pass the award on to these ladies
for adding style, colour and beauty to my day:
Catherine at A Time to Create
Sonia at Raine & Sage
Sarah at One Perfect Day
Pam at Bayside Rose
And here is that funny little girl
doing what she wanted to do on the last day of her holiday.
Baking ... in 32 degrees.
They were yummy. 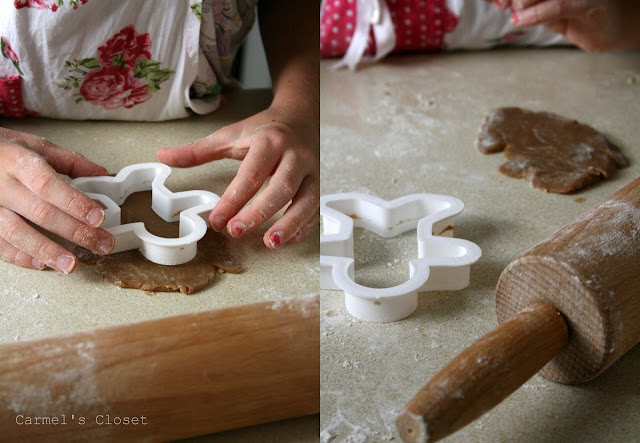 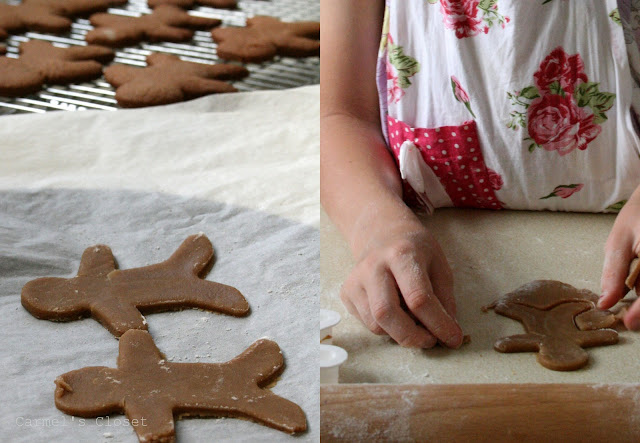 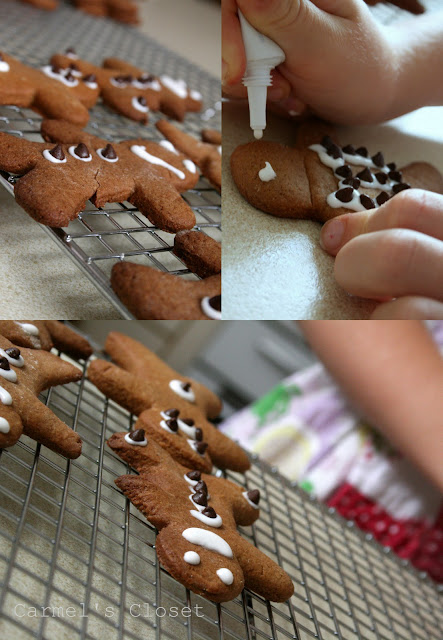 PS.  I won't be posting a great deal between now and 9 February.
On this day our download limit used by Mr 13 and friends over the school holidays
will be rethrottled to full capacity.
As playstation is now prohibited under all circumstances from now on in on school nights
I should be able to return to regular posting.
x
Posted by Carmel's Closet at 1:49 PM 12 comments:

Carmel's Closet
Welcome to my little blog, do come in and have a look around. I'm a pom down under, married to a true blue, lucky enough to live on the Northern Beaches of Sydney, Australia and enjoy bringing my children up here. I relish free time to explore home cooking, beyond the everyday and crafting. (There is not too much free time these days).In my head life is a musical. This is my space to share and vent. I love reading your comments, so please feel free to leave one. Enjoy! 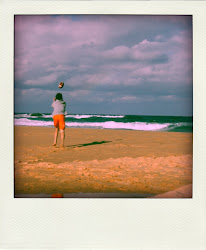 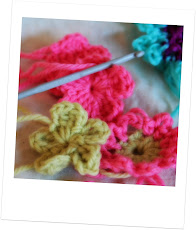 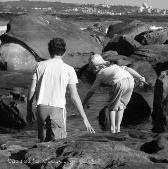 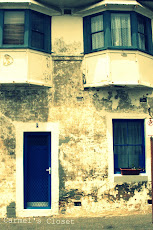 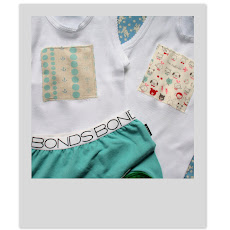 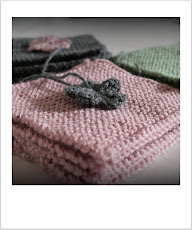